One year ago today 11 July at Antrim Area Hospital I received the news that I had a tumour in my oesophagus.
I was thrown in at the deep end of emotions not knowing what was going to come next.

Then amazing people appeared to help to explain, to hold my hand, to quell my fears. Tracy the Macmillan nurse from Antrim Area Hospital who supported Sandra and I started to give us information. A few days later I was told that the initial diagnosis was confirmed and that I was a candidate for surgery, life was on hold, scared, worried, telling family and friends, work colleagues how would I cope, would I survive?

The NI Cancer Centre and more new faces and procedures.
To be treated in the Cancer Centre is both daunting and also inspiring, scans camera exams, and more scans, new nurses and doctors to meet, an exploratory operation within days of meeting the team, deciding to go on a trial. Three rounds of chemotherapy over nearly three months (which was not as bad as anticipated)
Again thanks to incredible people Dr Turkington the oncologist, my incredible specialist nurses, kindness and care beyond all comprehension. A few ups and downs with the chemo but got through it. Managed to keep working after a few weeks of tiredness.
Then a short break before the onslaught of surgery.

The City Hospital outpatients clinic and ward 2 North.
Time to meet Mr Andrew Kennedy surgeon and his team who explained the surgery its complications and risks but there was never any doubt I was going to give this my best shot.
During this time I met OG Cancer NI volunteers who gave me hope and courage meeting long term survivors (16 years plus) hearing about their surgery their stories all daunting but helpful, I decided to speak to a reported Mark Devenport from the BBC as it was clear I would be away from my role as an MLA for the best part of a year, my constituents and colleagues deserved an explanation and I wanted to publicise this Cancer to help people know the signs and to speak to their GP, a follow up article in the Belfast Telegraph also drew more attention to Oesophagus Cancer

Did I mention my GP Dr Ian Kernoghan well here goes, his speed and attention to my symptoms was without a doubt part of the reason I’m here to tell the tale today, his making of that appointment at Antrim Hospital was so important.

Mr Kennedy was in addition to being my surgeon a tv star ( having taken part in a documentary about his work in ward 2 North at the City Hospital.)
More tests, physiotherapist who tested my pre surgery fitness, dieticians who encouraged me to eat and put on weight, more blood tests and scans. Met the anaesthetists who told me more scary stuff but were awesome in their care.

8 December 2019 my birthday
Oh and the day I was admitted to 2 North for my surgery on the 9th.
Scared and not sure if this would have a good outcome as I was being wheeled to the theatre one of the 2 North nurses gave me a hug and told me she would see me when I came back from intensive care.
Well it took a little longer than planned, the surgery which is major, ok it’s massive on the 1-10 scale it’s a 10+, hours later 9 or so I reckon. I was coming round in intensive care (Mr Kennedy having phoned Sandra to let her know how it had gone) I was in good form pain free high on drugs with loads of tubes connected to me when my two physiotherapist arrived to see me and get me not only moving but out of bed 😱 (they had threatened this at one of our meetings) they succeeded and I took a few steps.

Unfortunately a couple of days later I developed some complications and had to go back to surgery, not much memory of this or the next few days back in ICU except worried faces and more incredible care though I do remember the bonus of ice lollies to help my parched mouth and throat. Thank you Mr Kennedy and everyone in ICU for your skill and support.

Back to 2 North
a bit longer away than had been planned still with tubes attached but slowly day by day week by week they did disappear until all I was left with was a feeding tube. Christmas Day came and went, Sandra and my sister Pamela and family were constant visitors supporting and encouraging. I was nil by mouth those lollies a distant memory (due to a leak which had to heal by itself ) late Jan I got home having learned how to use the feeding tube in my side and pump. It was great to be home weak yes, but home.
Unfortunately a few weeks later I got a nasty gut bug (it happens) so back to hospital for drips more drugs and even some blood transfusions.
Then finally back home still on feed tube but starting to eat soft food and limited drinks.
Day by day i improved I went for walks building my strength then lockdown hit for the dreaded COVID-19 fortunately I got the feeding tube removed and then started to eat and drink without feed support. My eating has returned to near normal though smaller portions as befits my new internal arrangements though delighted to say steak and chips are still on the menu.

Today as I write this a year on I could not have believed or imagined all I would come through in the past year, the journey I would have, the love and support I have been given by family and friends and church. The surgery and the chemo has been successful, every day I am thankful for the skills of the Drs and nurses who looked after me and continue to do so.

I am returning to work and life in the strange Covid world. I am still here battling on. This week I was delighted to join the Board of OG Cancer NI determined to work for this amazing charity spread the word to others. OG NI Cancer supports research and also patients in their journey.
One year on! 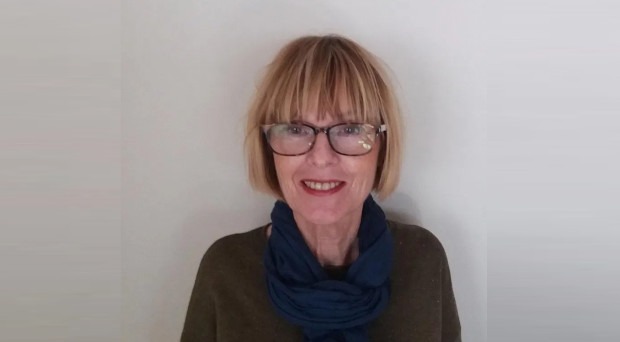 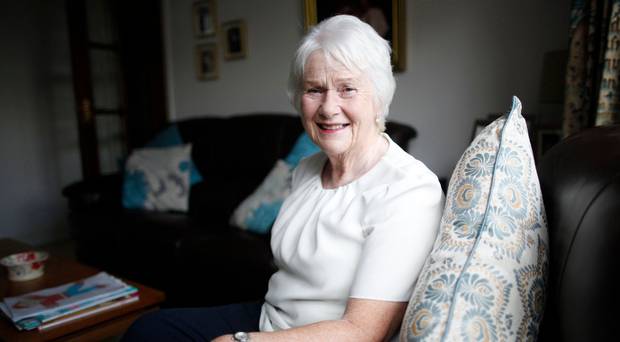 Welcome to the Summer 2022 OGCancerNI newsletter. Busy year so far with so much more to come!